This PDH or CE course discusses the rules and equations for DC circuits apply to AC circuits only when the circuits contain resistance alone, as in the case of lamps and heating elements. In order to use effective values of voltage and current in AC circuits, the effect of inductance and capacitance with resistance must be considered.

Resistance and reactance cannot be added directly, but they can be considered as two forces acting at right angles to each other. Thus, the relation between resistance, reactance, and impedance may be illustrated by a right triangle.

The voltmeter uses the same type of meter movement as the ammeter but employs a different circuit external to the meter movement. 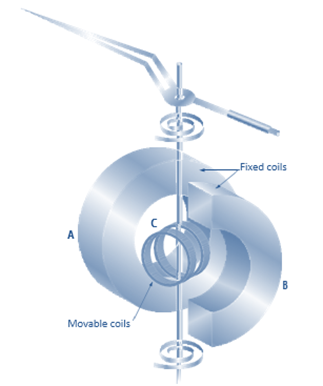 The learning objective of this PDH or CE continuing education course was to give a general understanding of AC, DC circuits and Voltmeter.
Review the quiz before studying the course.